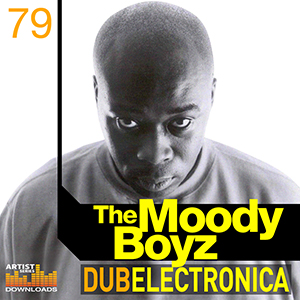 Loopmasters are very proud to present a collection of fresh and original sounds and samples for producers of Dub, Grime, Urban, Dance and Dubstep music, from one the pioneers of Dance and Dubstep.
Tony Thorpe is best known for his groundbreaking Moody Boyz output, as well as for setting up a host of independent labels including Warrior Records, BPM, Language Records, and his newest imprint Studio Rockers. His productions remain at the cutting edge, including recent remixes for artists including Amy Winehouse, Erykah Badu, Lee Scratch Perry, Roots Manuva and Bloc Party.
Back to 1987, and Thorpe released the first UK acid compilation Acid Beats and soon after launched his acid guise Moody Boyz which released a series of groundbreaking house cuts including 'Acid Heaven/Acid Rappin' to the groundbreaking LFO bass attack of 'Funky Zulu'.
Thorpe became KLF's 'Breaks, beats and samples' controller, and remixed both the debut cut of '3am Eternal' and worked on 'What Time is Love?' 'Last Train to Transcentral' and best selling album 'The White Room'.
Now with his dub armory fully at the controls his time has surely come. Thorpe's sample pack for Loopmasters contains fantastic loops and one shots which will be useable across a wide range of urban styles, reflected in the Bpm range which spans from 120 to 154Bpm.
Dub Electronica weighs in at a huge 1.75GB and includes 473 extended samples, including 377 Loops at 24Bit, and 96 One Shot Samples. 11 Ready to play patches for Halion, NNXT, Kontakt, SFZ and EXS soft samplers. Apple Loops, Reason Refill and Ableton Live versions are also available to purchase separately.
Drawing influence from the old school machines such as the 808, 909 and 303 - Dub Electronica is a pack which is firmly set in the current dance scene yet nods to previous technology and processing techniques to present a fresh collection of authentic Beats, Basses and Sound FX which have a common Dub aesthetic, but which can easily be translated into most new dance styles. There is a dark undertone to the collection, an urban feel - but the pedigree of Thorpe's production experience shines through in these construction kits with sounds packed with Dub Inspiration.
In detail Dub Electronica includes 17 large construction kits which broken down include 99 Full Loops, 38 Percussion Loops, 79 inspirational Dub Music Loops, 3 FX Loops, 4 Vox Loops, 134 Drum Loops, 31 Bass Loops, plus 61 Single Drum Samples.
The Moody Boyz Dub Electronica pack is now available, check the demos to get a feel for this original and exclusive product, and make sure you grab a copy as these sounds will be featuring on countless releases in the Dubstep, Urban, Grime and Dub charts for years to come.