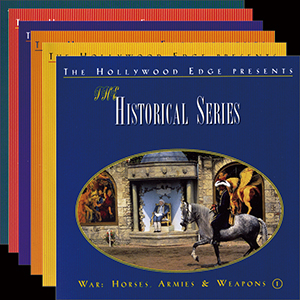 "The Historical Series", a Hollywood Edge production. This is a 6 CD library that includes many of the sounds that helped Soundelux (our parent company) win the Academy Award for sound on the film "BRAVEHEART", directed by and starring Mel Gibson. Many of these sounds are directly from BRAVEHEART.

Disc #2 is titled "Churches, Bells & Clocks" This disc includes clocks from the 17th century up to the 19th century.. Bells include everything from Monastery to Cathedral.