Sound On Sound誌（UK)レビュー内容（英語）
Sample CDs featuring vocals have always been something of an oddity. Buying a collection of 'oohs' and 'ahhs' is one thing, but any release that gives you a huge selection of musical hooks and riffs sung with lyrics seems to provoke the most raised eyebrows from traditional songwriters and performers. And this is perhaps understandable; after all, the idea is that someone provides entire top lines to be simply slotted over an existing backing track, and this could well serve to reduce the role of the modern songwriter even further.

It is against this backdrop of moral and musical questions that we find Vocal XTC, an interesting and innovative 66-track audio CD from Time & Space. Perhaps realising that session singers are generally fed up with some remixers and producers nicking sections of their performances to use in their own tracks and then having to sort out the legal mess afterwards (providing private education for the children of countless lawyers in the process), Time & Space have decided to produce and record a large number of these short phrases, give due credit to the vocalists and treat them just like any other soundware product.

The tracks on this CD fall into a number of different sections. By far the largest section is dedicated to soulful ad-libbed phrases: 'Can you feel it', 'Ohh yeah', 'Move it on Wooh Yeah' -- all of which sound much more natural than they look in print. Although there are a large number of dedicated lyrical lines, the emphasis tends to be on the kind of short phrases often used in contemporary remixes than on a complete song that someone has written for you to sample from.

There is a balanced mixture of male and female vocals, and sound-wise they cover a large number of styles, from soul and pop right through to jazzy scat vocals. There's even an energetic indie/rock male vocalist! In amongst the solo lines, most performers also present a few well chosen harmonies, and very nice they are too.

The last third of the disc is taken up by a 9-piece gospel choir impressing the pants off any listener with accurate and beautifully arranged harmonies. As well as providing the obvious gospel lines, the choir offers some truly wonderful wordless blocks of harmony which should find their way into all sorts of tracks.

There are a few classical-sounding vocals, including some operatic-type lines and the odd chant, but this seems to be the minority section of the release, which I have to say is a bit of a shame. With pop/dance, R&B and gospel styles so well catered for here, I felt that the CD could have done with a bit more attention to the experimental areas of vocal treatment and dared to step away from the mainstream, which is where the bulk of its focus lies.

Having said that, all the vocals are listed with their bpms and relevant key signatures, and are sensibly recorded, without reverb, leaving the user to make the effects decisions on mixdown. At just over 58 minutes, it certainly isn't the longest CD on the market, but providing the contact number for all the featured session singers is a brilliant idea, and might even lead some producers to use the samples to demo tracks, and then get the actual singers to re-sing or adapt parts for a master recording. Whilst this CD may not be exactly perfect, its attention to detail and wide number of styles makes it pretty damn close. 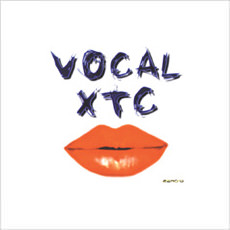