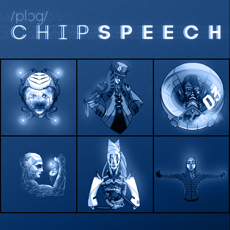 chipspeech is a vintage-style speech synthesizer which recreates the sound of famous 80′s voice synthesis chips. It features 8 different voices, each with its own characteristic timbre. It is specially tailored for musical needs ? simply type in your lyrics, and then play on your MIDI keyboard. It’s a true synthesizer, the sound can be extensively modified for easy and expressive performances.chipspeech also features a circuit bending emulation, letting you not only recreate the insane and chaotic sound of a circuit bent TI speaking device, but also use it in a controlled, musical way. 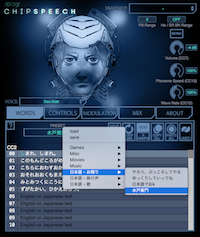 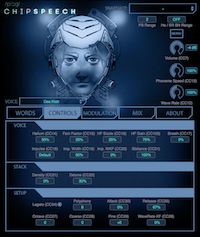 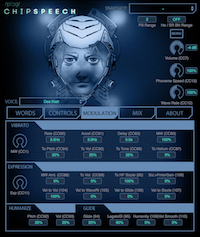 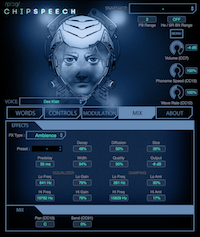 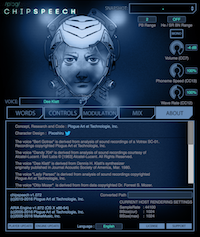 Bert Gotrax is one mischievous little brat. Like a post-modern Pinocchio story gone wrong, he has escaped from his creator’s workshop before the execution of a patch to fix his foul mouth. He now roams in the streets and back alleys, a skilled parkour athlete and wanted graffiti artist. 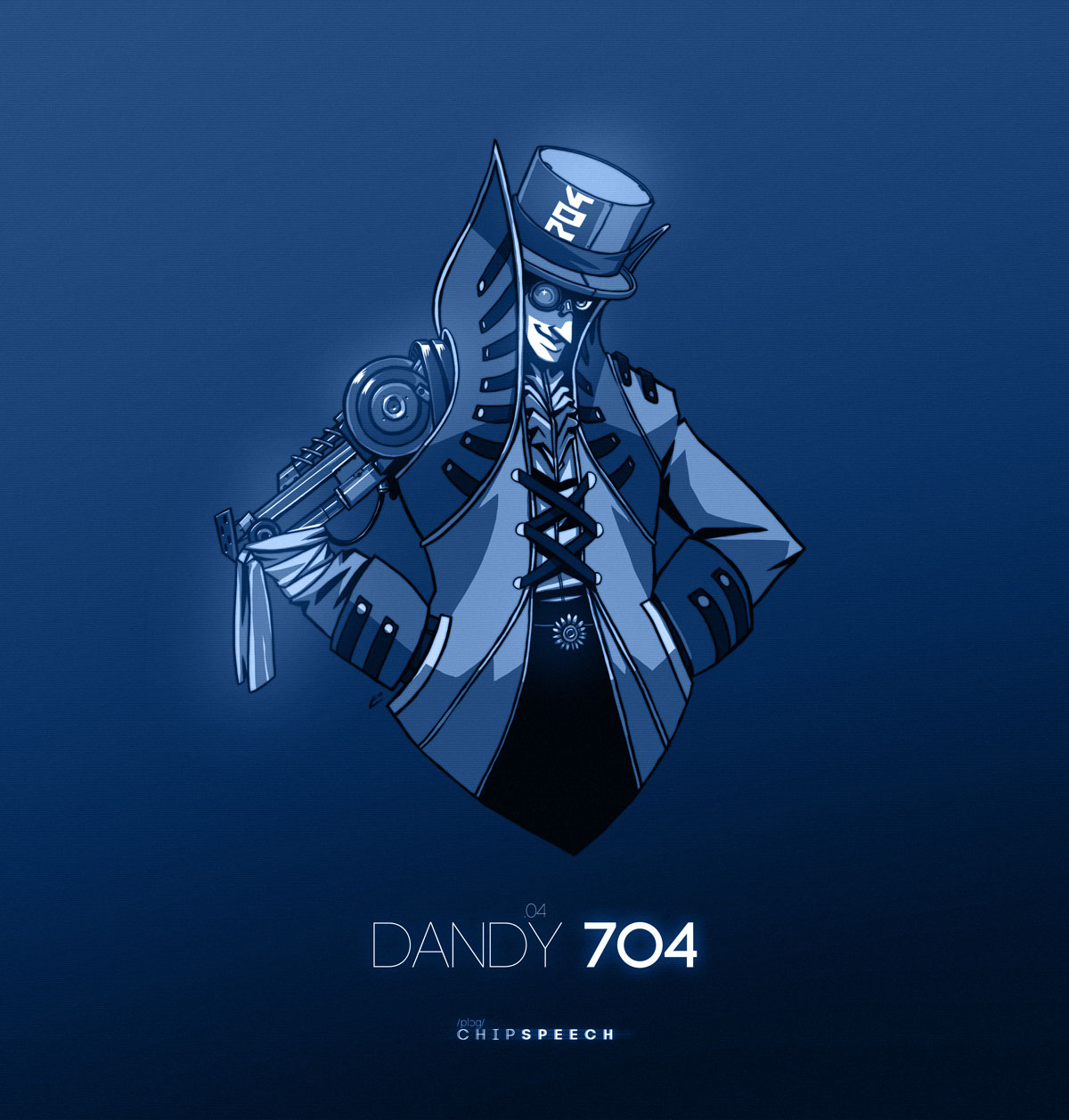 Dandy 704 is a 19th century gentleman who decided to escape death by having his brain mummified and transferred to an internal vat. His body is steam powered and entirely mechanical except for his voice box (which is in dire need of a repair). He is a world class explorer, brash, charismatic and loud mouthed. He’s also an incredible romantic womanizer and will offer to marry anyone (despite his lack of a space carriage). Do not believe his fantastic stories. They are not true. The real ones are much crazier (and would incriminate him). 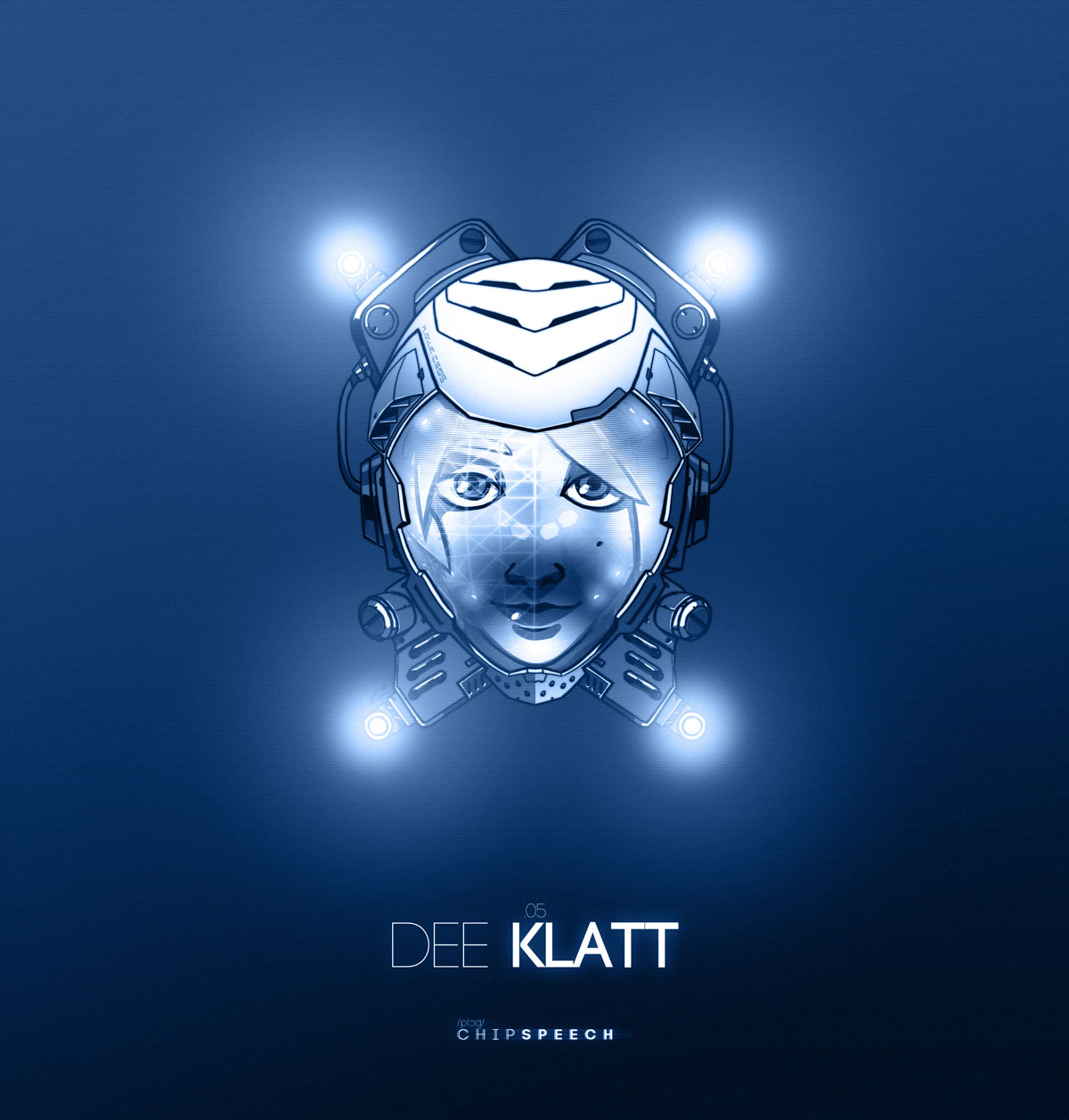 Dee Klatt is a wise and mild mannered android. Long ago, they were unjustly accused and hunted across the galaxy, and became a master in disguise out of necessity, changing into a child, a woman, a young or an old man. Nobody now remembers their true form. 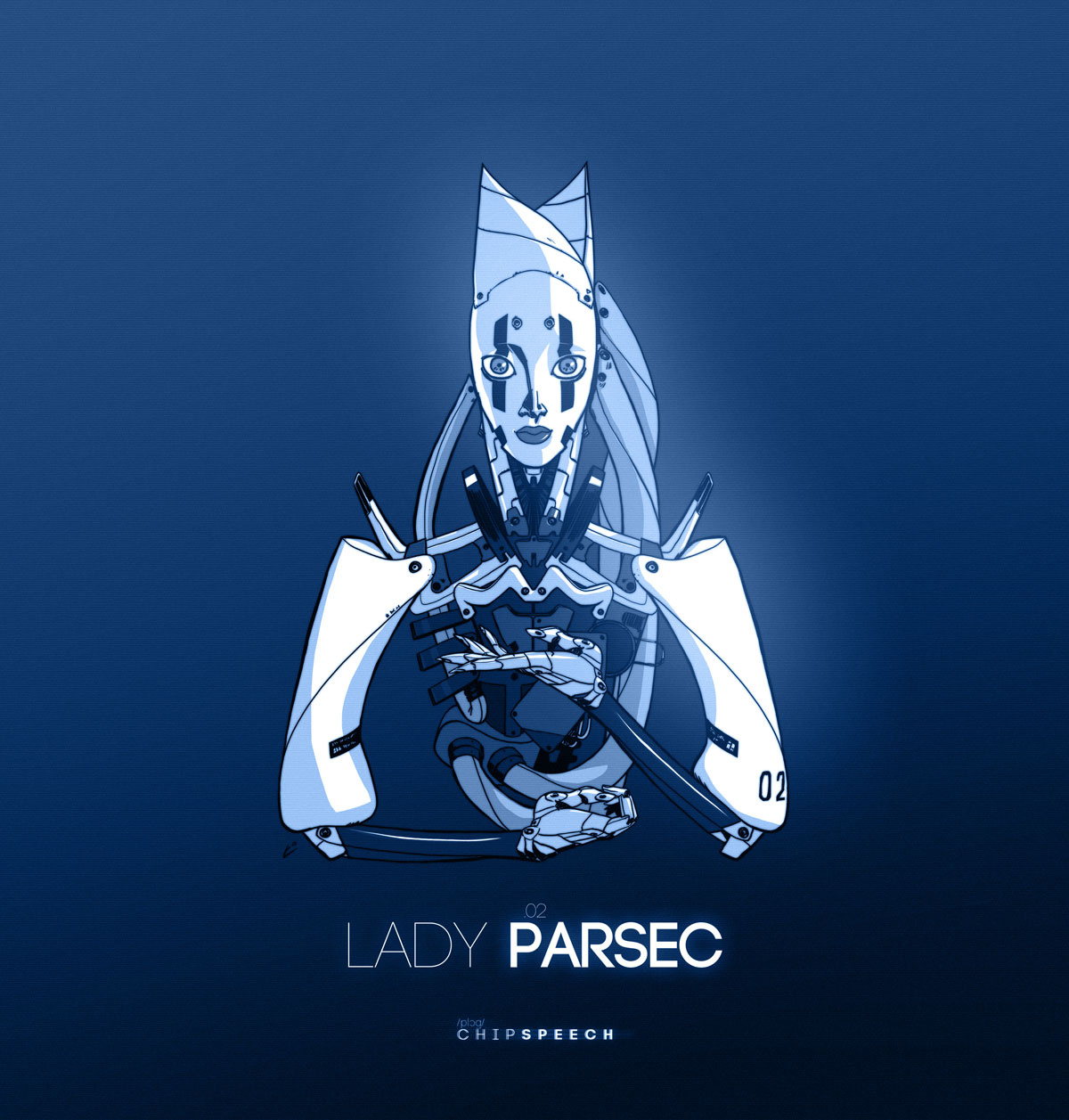 Lady Parsec is the omnipotent mother-of-all space traffic controllers, she’s the Benevolent Dictator of Her own matriarchal galactic queendom. Her soothing voice can be heard anywhere at Her will in any of Her spacecrafts. She’s watching over you and She’ll direct you with a hint of witty sarcasm. 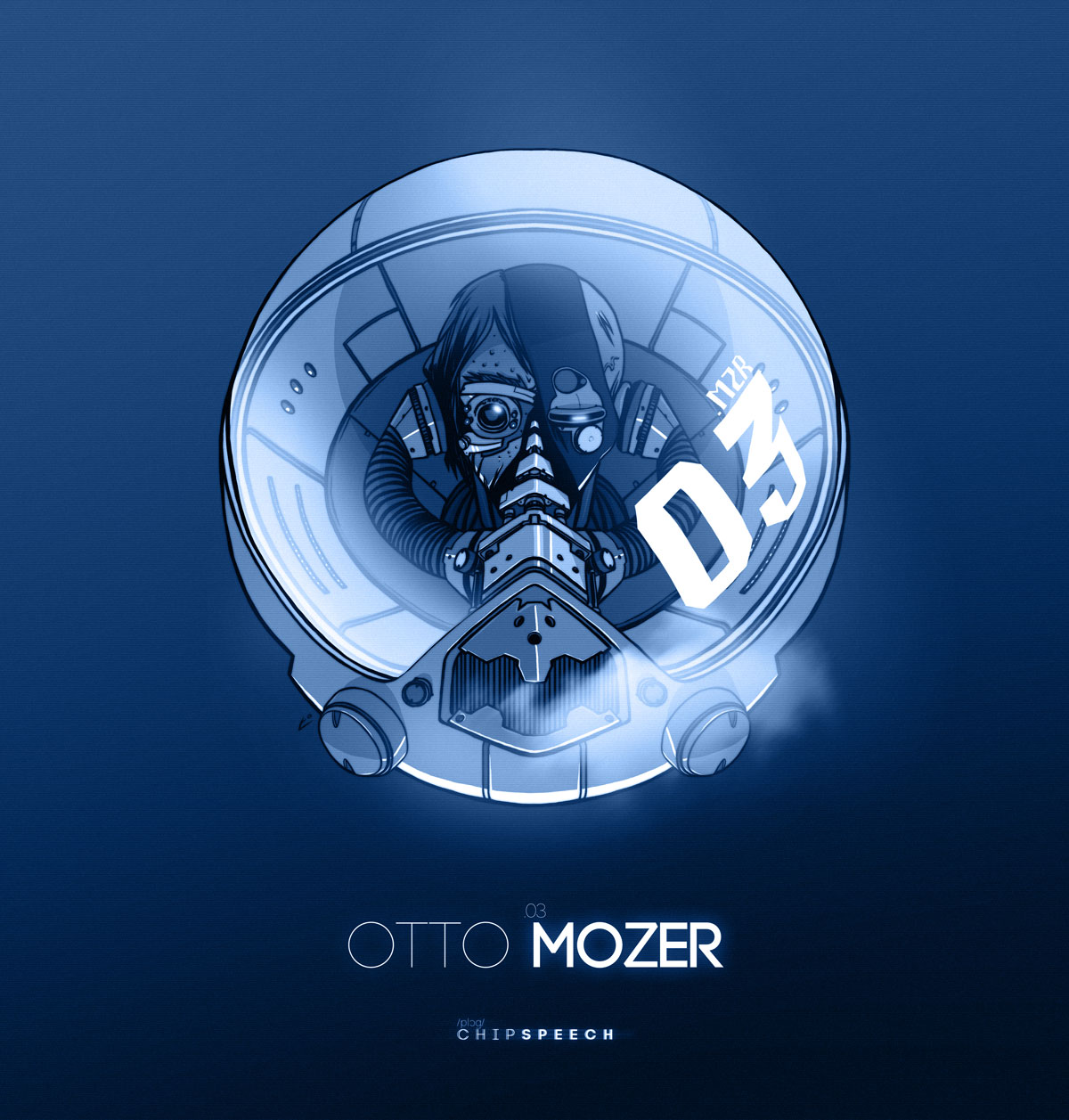 Otto Mozer is a mad scientist and has roboticized himself in order to achieve his plans for world domination. He moves around in his levitating exopod. Since his face is permanently connected to a breathing apparatus, he has built himself a voice generator to communicate. He left out all vocal intonations, since he deemed them to be unnecessary to his purposes. 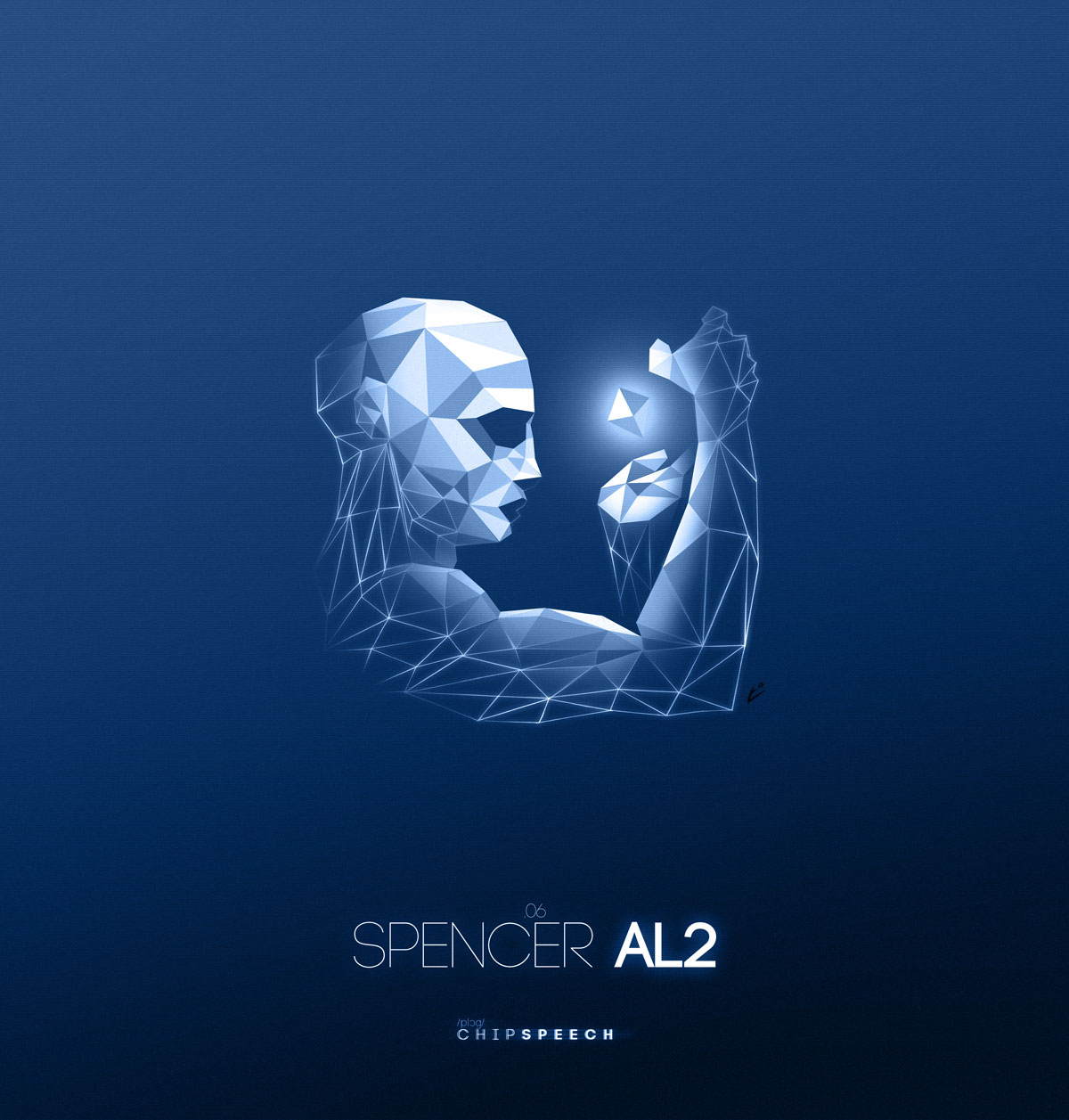 Spencer AL2 is a self-aware pure AI. He creates his appearance and voice by channeling and bending energy as waves. Be careful! If you upset him, his anger has the power of an EMP bomb. 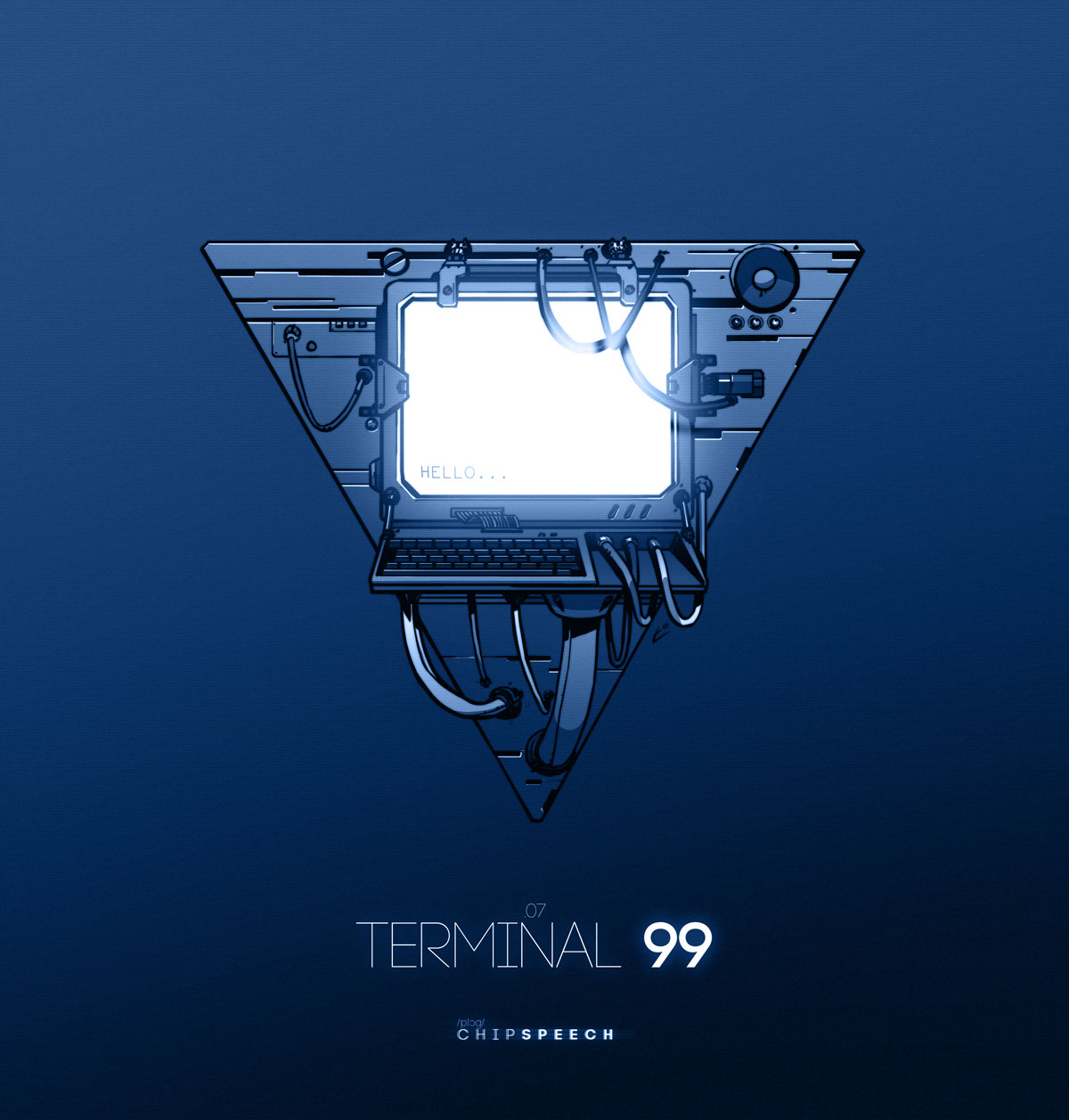 Terminal 99 is an extremely old TI 99/4A computer, decked out with tons of mysterious extra hardware expansions including the famous TI voice module internally retrofitted, buzzing and whirling. It runs a chat program that was developed to win a Turing test contest. The terminal easily won, but the team who developed the chat program and the jury who tested it have gone completely insane and now worship Terminal 99 like a god. Legend has it that the computer has absorbed their souls… 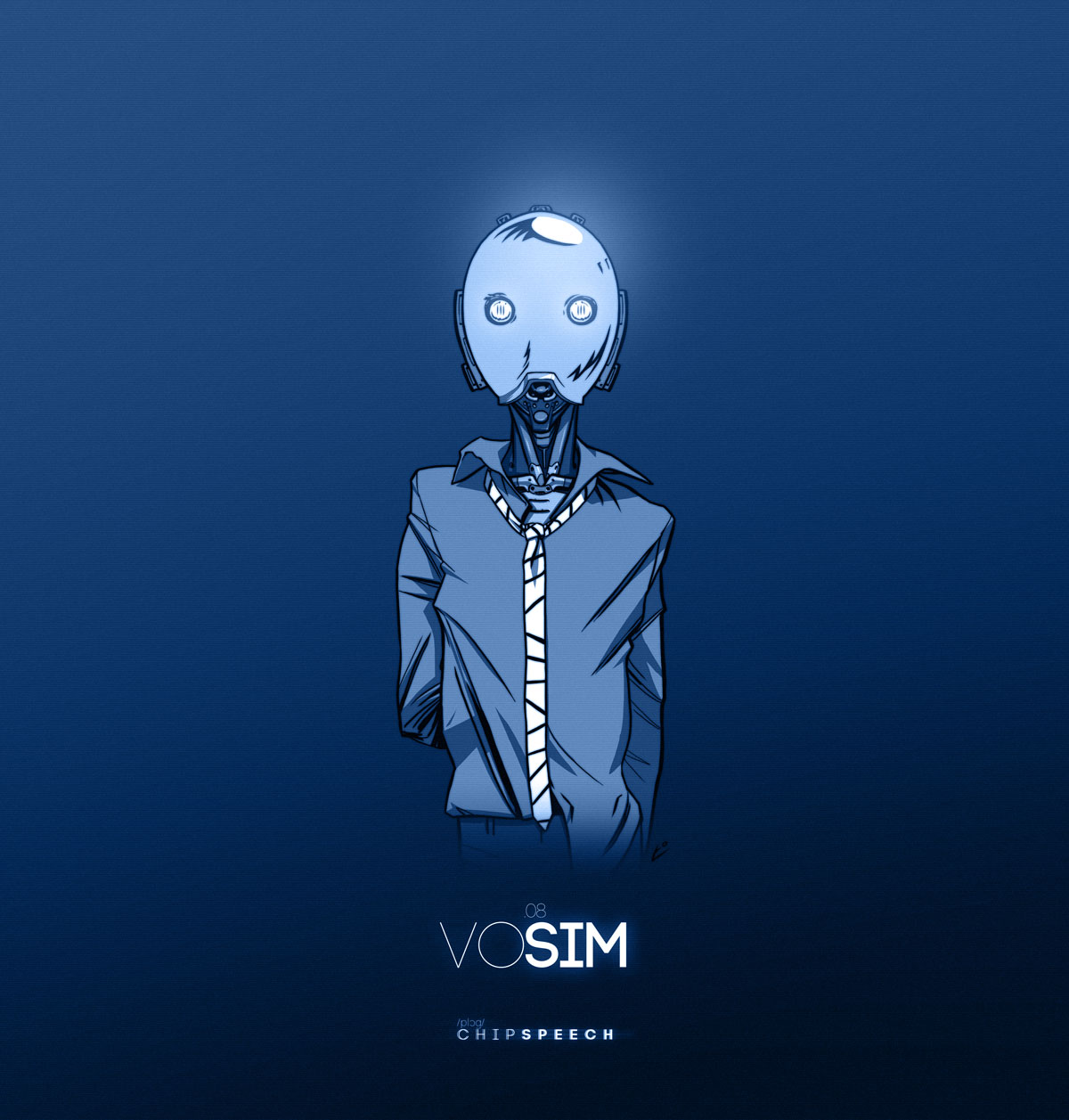 VOSIM was an early prototype sociable android companion. The project was scrapped because his voice was not intelligible enough. He spent many years wandering the electronic wastelands alone, until the day decided he could try to be someone, get friends, and not let his weaknesses deter his desire to sing.