THE SOUNDS OF BULLET DODGE 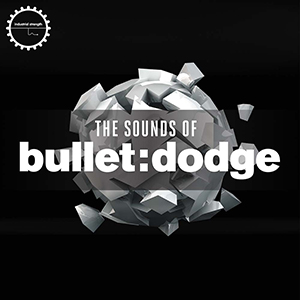 ISR teams up with Bulletdodge Records to drone out on the deep and twisted side of Tech House and Minimal in this innovative, self-titled audio pack. Produced by Bulletdodge's prolific founder and curator, Gareth Whitehead, this audio pack is slow-shifting, hard-hitting, and dark as night.

This production is made special by Gareth Whitehead, whose engineering sensibilities and artistic capacity combine to create crisp, clean sounds with alluring depth and lasting impact. His pioneering style is appreciated throughout the international House scene, where he has gained veteran experience as an influential DJ, remixer, and producer.

Expect this pack to stimulate your deepest creative tendencies; with a focus on House and Techno, Bulletdodge Records encourages both new and established DJs, musicians, and producers to open the bounds of contemporary electronic music. The pack's 24-bit, 44.1 kHz samples are formatted in Wav and Apple Loops, as well as Rex.2, for expansive options in your favorite Daw.

Like Industrial Strength, Bulletdodge Records has become synonymous with the underground club culture that sparked its creation, and the label continues to inspire generations of forward-thinking creators and their audiences.
（From  INDUSTRIAL STRENGTH）