Exotic instruments, great human feel and an intuitive and powerful playback interface make for a product that is

capable of breathing new life into a mix and generating fresh inspiration.


It's fair to say that news of this sample library's arrival provoked some excitement - after all, it's not every day that

engine that can handle beat slicing, intelligent time stretching and offers decent DSP effects, too. So, dusting the sand

from our laptops, we opened up the box to take a look....

Sounds of Polynesia (SOP, for short) is a new sample library from Zero-G which ships as an Intakt sample player (

made by Native Instruments) and operates as a plug-in for VST-, RTAS-, Dxi- and Audio Unit-compliant applications.

It also functions in standalone mode.

The sound library focuses on Polynesia, Melanesia and Australia. Polynesia includes among others, the islands of

Samoa, Tonga, Tahiti, and Fiji. Combine this with the Melanesian territories of New Guinea, the Solomon Islands, Fiji,

Maluku and Timor, and that's a huge swathe of Pacific cultural diversity. But why buy a sample player/library (also

called a ROMpler) at all - why not just buy the library on its own and use your own sampler?

A ROMpler has the entire library primed and ready to go, so you don't need to search your computer's hard discs for

sample banks or keep reaching for CD-ROMs from the shelf every time you want to dip into the library. With a

ROMpler, the sounds are all there in the one plug-in for you to access via simple menu selections. This dedicated

rack space. Units like E-mu's Proteus family of modules, for instance, were specialised workhorses that operated in

capabilities of your computer. The old hardware modules had an average of 32MB of sample library inside their cases.

SOP, on the other hand, has 1.2GB of sample library, plus the software ROMpler format offers real-time DSP

processing power that no hardware module could ever get close to.

So, in essence, ROMplers such as SOP are a natural progression that mark a logical and necessary step in the

'art-based' tool. To this end, Zero-G has allied its SOP library to Native Instruments' Intakt virtual instrument, which

promises cool functionality such as beat slicing, as well as intelligently time- and pitch-stretching loops and phrases

so they automatically lock to your sequencer's tempo.

install and set up SOP, and enables you to choose where you want to store the 1.29GB sample library. Authorisation is

a painless task which takes only a few minutes using the now-familiar System ID and Authorisation Key method. If you

do not have internet access, then SOP can still be authorised by fax or post and will run for 14 days - fully functional

before. For anyone unfamiliar with it, the screen layout is coherent and user friendly. The Intakt player's hierarchy is

constructed like this: at the root is the sample. Each sample is also a Zone. Both of these contain information relating

to original key and pitch data. Each Zone can operate in one of three distinct modes: Sampler, Beat Machine, or Time

Machine. The way in which Intakt handles and plays back the samples is dictated by which mode is selected for a

given Zone. So, let's look at each mode in more depth.

Sampler mode works like a typical sampler: it provides basic sample playback and editing with simple options for

setting up pitch and output. Beat Machine mode, however, is where things get interesting. This mode offers

comprehensive beat-slicing facilities in a similar way to Propellerhead's ReCycle. By analysing a loop and then placing

markers at prominent transient points, Beat Machine can literally slice up a loop into its component beats. These

slices are then mapped intelligently to a range of keys across your MIDI keyboard. Intatk will then spit out a MIDI file

of your key mappings so you can tweak the sliced groove to your heart's content.

speed while retaining its original pitch. Time Machine's submenus offer the right amount of control without over-

complicating the process by offering too much choice.

There are three DSP effects modules within Intakt and they are Delay, Lo-fi and Distortion. The 'keep it simple'

philosophy works well here because each effect is easy to use yet aurally pleasing, and we found that in combination

with the filter sections, you can re-sculpt the sounds into all manner of sonic topography. For example, a basic

percussion loop was transformed into a dirty, gritty arpeggiator sequence. The human feel of the loops combined with

modules. However, it would have been nice to see a dedicated reverb module, too, as this may well be something that

those who will be using it in standalone mode might need.

Method Spot - Composing on the move

The Intakt sample player has a really great feature up its sleeve. As well as the standard MIDI keyboard method of

playing'triggering samples, Intakt can be played from a QWERTY keyboard. This is great news for laptop users who

want to compose on the move, and as the core of SOP's library is loop-based anyway, it's not the kind of product that

But what about the sounds? Clicking on SOP's File tab brings down a menu of available sound categories as follows:

All of the construction kits in the Intakt menu have been optimised for Beat Machine and Time Machine modes.

Conversely, all kits in the Original Samples menu contain raw samples that have been left untouched. For instance, the

at whatever tempo your sequencer is set to. However, the Pipeline1 preset from the Original Samples menu plays

identical loops at their original tempo, regardless of your sequencer's tempo.

One thing is for sure: getting grooves together by mixing and matching loops from the Intakt menu is an absolute

doddle. The Beat Machine and Time Machine modes take all of the hard work out of it. We opened up three

construction kits and had a groove going in seconds, all in time and with great human feel (these loops are typically

around eight bars in length). So, what happens if you change tempo mid-song? To test this, we dropped the tempo from

120BPM to 75BPM, which is quite a jump. There were big smiles all round as SOP played back the same grooves at

the new tempo without a hint of glitching or clicking.

Next up we added more percussion, but this time it was a loop that featured a fair amount of swing that clashed with

the straighter feel of our existing groove. Again, the experiment proved that SOP can handle almost anything you want

to throw at it.

As we've already said, the Intakt menu hosts a list of construction kits and each one has a submenu of its component

loops, enabling you to load up just a single loop if you want to without loading the whole construction kit. When we

tried this with a swung conga loop, we were delighted to find that as well as placing said loop on MIDI note C1, SOP

also gave us the same loop already beat-sliced and mapped across the rest of the keyboard from F1 up to B4. This is

a really nice touch as were expecting to have to do this manually. But what about the MIDI file? Well, all you do is

click the Command button, select Export MIDI File and choose your destination. Importing the MIDI file into Cubase and

perfectly, as before. Now all we had to do was hit Quantise (set to straight 16) - suddenly the conga player was

grooving with the same feel as the other guys and girls!

Of course, sometimes this will result in the right feel, but you'll hear a slightly jagged edge to the mix as each slice

turns out to be too short and the silence between quantised notes sounds unnatural. Fortunately, delving into SOP's

interface reveals yet another labour-saving panacea.

defined portion in each slice to sound, with its decay time determined by the ADSR's release setting. In practice, this

introduces a reverberant quality, masking the gaps and offering a great alternative to simply lowering the pitch of each

We reckon that the method you use will be determined by the style or sound of the loop you are working on, but either

way it's quick, easy and you get to hear the results in real time. Further perusal of the construction kits reveals a

pahu, pate and shakers - plus a whole host of things we've never even heard of before! On top of that there is a

selection of vocal, conch and horn samples, plus a special section of bamboo percussion rolls which feature some

While some of these sounds may strike many of us as being a little 'left field', they represent a sonic window on a

musical world that's seldom visited. Their rhythmic nature could breathe new life into anything from rock to tribal

house and, of course, the film/game score and production possibilities are obvious. Coupled with Intakt's excellent DSP

to be released from its bottle. 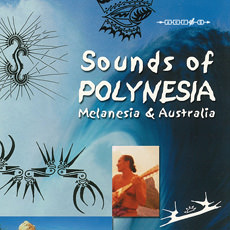