Sound On Sound誌（UK)レビュー内容（英語）
"...pure, transcendent rock energy, as potent now as it was back in the '70s.... Musically irresponsible, but hugely enjoyable... Classic rock beats with many variations, intros and fills... Imaginative sound processing adds a contemporary edge to the retro-rock feel... Geoff Dugmore's playing has graced dozens of hit records... This CD has definitely captured his positive musical energy..."

"Behind the cruel name of this sample library lurks Scottish session drummer Geoff Dugmore, whose playing has graced dozens of hit records. Brutal Beats reveals Geoff's '70s roots; recorded in the Townhouse's stone room, this cheerful Celt bashes his way through some classic rock beats with many variations, intros and fills. These performances fill two audio CDs, and also appear on a third disc in Acidised WAV form; the library is completed by 66 drum and cymbal single hits incorporating four-way dynamics, ranging from a tender pp to a brutal ff.

It's been said that Geoff Dugmore plays as if his life depends on it, and his loops certainly generate considerable forward momentum - where some drummers lie back behind the beat, Geoff always urgently pushes it on. His adopted style on this title is basically loud, uncompromising rock; simple enough in conception, but featuring occasional unexpected, interesting snare displacements. Although its musical antecedents are pretty undisguised (names such as 'Emigrant Song' and 'Stairway To Devon' should give you a clue), this is more than a historical rehash. Beats like the raving, ride cymbal-driven 'We're Gonna Hoover' deliver pure, transcendent rock energy, as potent now as it was back in the '70s.

The kit sound, soaked in a fairly cavernous room ambience throughout, is bludgeoningly heavy. Tempos start off at a comatosed 50bpm and rise to a panic-stricken 235bpm. Most loops are in 4/4, a few are in 12/8, and there's even a dash of progtastic 9/8 and 15/8. Geoff's loops are not confined to a two-or four-bar format -- the 100bpm 'Fright Night' starts with solo hi-hat for four bars, introduces kick for four more, and ends with six bars of full kit played with ferocious intensity. The slower tempo beats offer no sonic or dynamic relief: the compressed mix of the 80bpm 'Dazed & Refused' (please, no more bad Led Zep name jokes) slams home like a sledgehammer, more slow bruise than slow blues.

Each loop is presented in straight, heavily compressed and processed versions, with the latter often comprising three or more sonic variations. These are typified by the unrestrained use of plug-ins, sometimes to the point where the kit is transformed into a series of filthy, flanged, gated, metallic noises -- musically irresponsible, but hugely enjoyable nonetheless. There are also some thin, toppy 'transistor radio' mixes. Not all these treatments are entirely successful, but some are great, rivalling BT's madder experiments -- the wicked 'princely mix' of the 112bpm 'Wanton Kong' is pure Breakz From The Nu Skool.

I've always enjoyed heavy, ambient drums, and this CD has definitely captured Geoff Dugmore's positive musical energy. The edits are not always seamless, but the one or two minor glitches I heard would be undetectable as soon as other sounds were added. Imaginative sound processing adds a contemporary edge to the retro-rock feel. The only real bummer (as we used to say in the '70s) is that, due to a manufacturing fault, there are clicks on audio disc B, scattered throughout the individual hits section. The WAV versions on disc C, however, are clean. Zero-G intend to re-press the faulty CD, and in the meantime will apparently issue replacement discs to anyone who needs them." 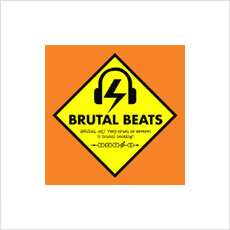