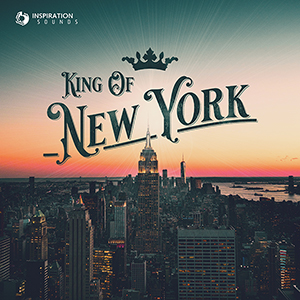 King of New York' is a majestic collection inspired by the Old School New York scene made famous by artists such as Mobb Deep, Black Rob, Nas and Alchemist. Loaded with a treasure trove of loops, MIDI files and one-shots, 'King of New York' boasts a vibe of magnificence throughout its retro-sounding electric organs, keyboards and live strings with a dazzling display of splendour and grandiosity.

We've made sure to include the best quality samples and loops and utilize genre specific processing techniques to ensure they cut through the mix. All of the loops in this product are 100% Royalty-Free, so once purchased, you can use these loops in your commercial track releases without having to pay any hidden costs.

Alongside the loops, this pack includes one-shot samples, allowing you to create new beats, fills and loops to complement the existing material. Simply load them up into your sampler of choice and create an infinite number of fresh ideas.

'King of New York' includes MIDI files for the majority of musical phrases heard in each Kit, allowing you to seamlessly mix your favourite synths and samplers with the sounds contained in the pack.