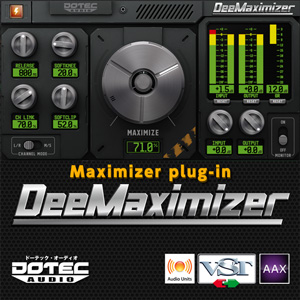 Do you have DOTEC-AUDIO products?

If you have any DOTEC-AUDIO products on SONICWIRE account, you can buy product with crossgrade price. 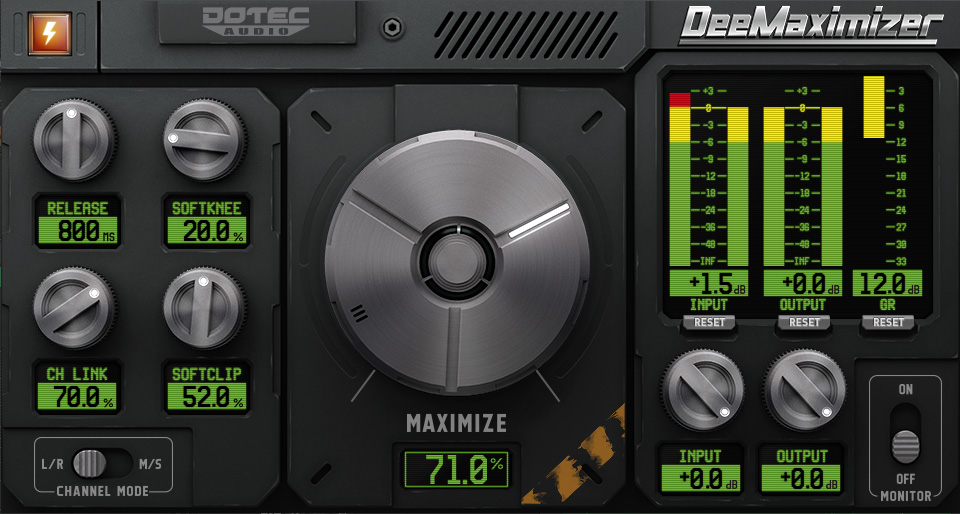 DeeMaximizer is the flagship maximizer for natural and powerful loudness! The 32-band, multi-frequency maximizer produces overwhelming loudness. In addition, the zero-latency operation allows you to use it when editing music. You can use it while checking the loudness at the time of production.

Basic operations are completed with the big dial in the center. There are also parameters that allow for more detailed sound creation, and M/S switching is also possible. It also features SOFTCLIP, which gives the output a character that is smooth to the ear.

This is DOTEC-AUDIO's highest performance maximizer.

Demo version has a limitation for operating time (disabled after a certain number of the samples are processed).

Please try demo to check works normally on your hosts.

If you have any DOTEC-AUDIO products on SONICWIRE account, you can buy product at a crossgrade price.