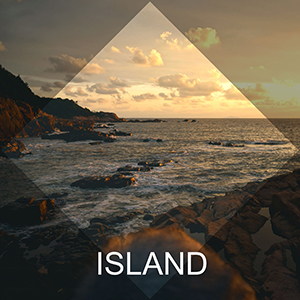 This is the first set of sound effects from Shanghai's sound designer Zhou Xiaowen. As an active person in the field of sound design in China, Zhou Xiaowen specializes in the design and production of SPFX sound effects, including "XCOM: Enemy Within", " National Hockey League "," Final Fantasy X | X-2 HD Remaster "and so on.

This set of island sound library material is mainly recorded in the East China Sea Zhoushan Islands and Shanghai Huangpu River, Chongming Island coast, showing the waves of different seasons in the beach, reefs and gravel and other materials on the coast of natural sound, sometimes light Tao Shore, sometimes rough. But also included the wharf market crowd, traffic and other human activities.

Concepts and Features:
Since ancient times, people's feelings for the sea is complex. We are close to her and fear her. The power of this nature is my constant pursuit and longing.
The waves are one of the most widely produced sound materials in the natural environment. Generated by the wind fluctuations, and by the infinite number of different amplitude, different frequency, different direction, the composition of the composition of the composition of the waves.
On the island, the sea breeze blowing, and it brought bursts of waves, how people can feel like immersive, this is our attempt to make the attempt. It should not only be full of realism, but also allow people to move, causing emotional resonance.
In the production of the program, the environment sound on the one hand shaping the scene of the realism, on the other hand through the sound of the contents of the painting to produce more reverie, it is a strong sense of substitution. In the collection process that has taken into account the post-production application of the integration of the scene is also a feature of this set of sound.


content include:
- from the shore at different distances from the recorded waves, winds, waves beat the beach, reefs, gravels, cliffs, boats, signs of trouble and so on.
- Wharf market crowd, traffic ....
-24bit / 96kHz wav stereo. A total of 121, about 10GB capacity.
- update content from time to time.