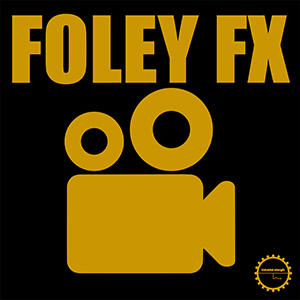 Industrial Strength Samples is proud to present Rob Humanoids Foley Fx.
This amazing edition to our ever growing Fx library features a large collection of real life sounds, Industrial Machines, Drum Shots and Nature.
Foley Fx has combined Foley sounds with a imaginative set of organic drum shots that can be used music production. These super tight experimental samples are combined with an additional set of deep Bass and Fx samples making this pack a complete, well rounded modern Foley production pack.
This License Free source of 24 Bit audio can be used in Films, Short Clips, Games, and of course Music production. This pack works well with Ambient, DnB, Techno, iIndustrial, Tribal, and Jungle Terror.
The Wav samples offered in this pack can also be layered in with other sounds to create new and exciting tones and textures for Video and electronic music producers. There is no limit to what you can do with this collection. Just check out the 4 Rob Humanoid Demo tracks.
Foley Fx will indulge you with a huge selection of recordings, Animals, Computer Tech, Human, Impacts, Metallic sounds, Si Fi, Work Tools, Weapons and more. We also included NI Battery 4
kits with the Drum Foley sounds that were created while producing this pack.
You can also combine any of our other Fx packs with Foley Fx to expand your sonic palate. Foley Fx works very well with Textures, Drone, Wind Up, Drum n Noise, Drop, Evil Machines, Drone n Noise, and Effected.
Based in Ireland. Producer Rob Humanoid has been a Sound Designer and Producer for over decade.When he is not smashing objects and recording the results he spends much of his time producing and mixing Drum n Bass and Dark industrial EDM. This combination has been realized in the production of this Industrial Strength Fx pack.
Lights Camera Action!