Cons: A couple of bad snare roll loops. Documentation doesnOt include information for every instrument. Hall ambience not included with all instruments.

Bottom Line: The bar has been raised yet again. Without a doubt, this is the library by which other orchestral percussion titles will be measured.

Orchestral-oriented sample libraries seem to be the focus du jour lately, so it should come as no surprise that there's another entry in the percussion category. That's not to say that what London Orchestral Percussion has to offer is merely another me-too title in a long list. In fact, the producers -- Donnie Christian and Sean Lane -- were responsible for raising the bar a couple of years back with their Ultimate Percussion series, which included a wide range of instruments and articulations. With LOP they've redefined what one should expect from such a library.

I happen to be quite familiar with the producers' earlier efforts, so I was especially keen to see how this newest library compared. According to Big Fish, LOP was produced "with a bigger budget, a better hall, and the finest equipment." Okay, so what does that equate to in musical, useful terms?

I'll state for the record that LOP doesn't sound any better or worse from a recording quality standpoint. The samples are uniformly excellent, with all the brilliance and body retained, as is the case with the Ultimate series. But one area where LOP obviously excels is in the realism department. This library was recorded in a large orchestra hall from the perspective of a conductor; the samples capture the ambience of the recording space, making them fit nicely and easily within the context of orchestral arrangements.

In addition, even though many of the exact same instruments are represented in both libraries, LOP's programs offer more articulations and variations. Snares, for example, are available with varying degrees of crescendo/decrescendo, ruffs, side stick hits, and in the case of one drum, with the snares off. I do wish each drum was available with snares turned off, but as second listener Ernie Rideout pointed out, as long as there are higher-tuned toms available, the limited number of snares-off sounds isn't as critical.

Another area of improvement: With a number of programs, the ambience can be controlled through the use of mod wheel. Note, however, that not all instruments share the same amount and type of reverb. The castanets, wood blocks, glockenspiels, triangles, and cymbals, for example, sound as though they were recorded in a room, not inside a big hall and from a distance. Not a huge deal, but just something to be aware of regarding continuity across the library.

There's no detail to the printed documentation, other than the file listings and key maps in the provided booklet. Instead, a cross-platform compatible Flash file is included; it details the specifics of most instruments in LOP such as the number of velocity-switched layers, articulation types, and so on. I did notice a couple of holes, though. For example, triangles weren't mentioned, even though they're included in the soundset. It's a minor thing, really.

I put LOP to use on several projects over the course of the review. In one case I needed dramatic timpani swells and hits accompanied by bass drum, military-sounding snare, cymbal scrapes and crashes, and tubular bell for a dramatic climax. In all cases I found the best options within the contents of LOP.

I had my pick of Ludwig and Yamaha bass drums. These are well recorded and presented with several variations -- rolls, muted, soft and hard mallets, and so on. While I wasn't at all disappointed by the quality and range of the samples, I did feel they lacked a certain low-end rumble that I like for dramatic moments. Even with EQ I wasn't able to get the effect I was looking for. "It's not that the bass drums are wimpy," points out Ernie, "but they lack the kind of low end that makes some bass drum samples rattle walls. Don't get me wrong: The variety and recordings of rolls and other playing techniques is excellent, though." Along these lines, there aren't any menacing ambient hits paired with gongs or cymbals, the likes of which I've heard from one or two other libraries. For purely orchestral writing, you might not ever require such a sound, but for a more "Hollywood" effect, this kind of hit comes in handy.

That said, it's entirely possible to create this kind of sound by combining one of the bass drums with one of many excellent choices of mid- and high-frequency percussion. Three gongs are available, as are a wide assortment of cymbal hits, rolls, and scrapes. In fact, cymbals is an area where LOP shines -- everything from piatti and dark, ominous swells to finger-struck and sparkling splashes are available. My only complaint with the cymbals category is that there aren't many choked samples, and what's included doesn't cut off (choke) as quickly as I'd like for fast, explosive passages.

Snares don't disappoint -- these are the finest examples of concert snare drums I've played from a sampler. In fact, of all the instruments included with LOP, snares take center stage. There are a total of seven different instruments on hand, and what's more, right- and left-hand strokes are available for each (this is the case with timpani, bass drum, and toms, too), which makes it possible to program incredibly realistic parts. If all you need are rolls and ruffs, there are plenty of pre-recorded short and long phrases to choose from as well. "I'm into snares," says Ernie, "and this collection blows me away."

For more "modern" applications, users will certainly appreciate the anvils, which come in several pitches and varying articulations ranging from single hits to rolls, including accelerando and ritardando as well as straight.

After working with London Orchestral Percussion for a couple of months now, it's clear that the producers have a hit (no pun intended). The realism, diversity, recording quality, and performances are top notch, which is why it deserves a Key Buy. 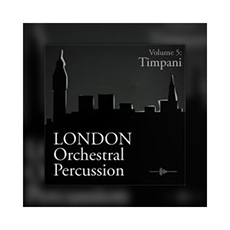 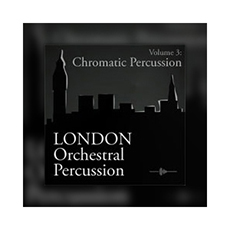 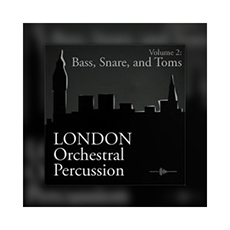 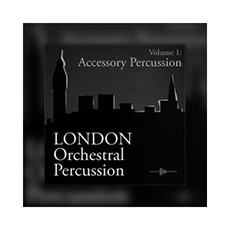