If you find yourself craving authentic-sounding Celtic instruments, Zero-G's Celtic may be what you're looking for. Presented on a four-CD set (two audio CDs and two Mac/PC WAV CD-ROMs), the samples come ready for auditioning or loading into your sampler. The 20-page booklet is well laid out and includes tempo, key and time-signature information.
Celtic has been put together by some notable performers and producers, including Erwin Keiles and John Thirkell, and although one-shot multisampled instruments are provided, the bulk of the material is recorded performances for you to loop and edit. The performance WAV files are described as 'Acid ready', so Acid users will have no problem incorporating these loops into their productions.

Sample CD producers these days often set out to capture every note of every instrument at many different velocities. In comparison, the multisamples provided in this set are fairly simple. However, it's still possible to come up with great-sounding results, especially if you incorporate the selection of 'ornaments' available with most instruments into your melodies, and the quality is generally higher than the Celtic sounds you'd get from a sound module or expansion card. Unfortunately, there are no ready-made patches, but setting up the multisamples into playable instruments is a piece of cake, especially if you're using a computer-based sampler.

All the bread-and-butter Celtic instruments are represented, along with a few less commonly known instruments such as the Overton, a low-pitched whistle that produces a more mellow, flute-like sound than the traditional tin whistle we're all familiar with. Four different Overtons are provided, each one pitched in a different key (A ,B, C and Eb), giving different tonal qualities. However, if you want a real flute sound, there's also a selection of wooden flutes.

Another wind instrument that may be of particular interest is the Breton Bombarde, a truly hideous instrument that sounds like a cross between a Kazoo and an Indian market street!

Finding good bagpipes samples is often something of a challenge, but Celtic includes Galician bagpipes, Northern pipes, Northumbrian small pipes, and, my personal favourite, the Uillean pipes. A selection of fiddle samples is also provided, and here the looped performances could come in especially useful, as the musicianship really shines.

For accompaniment, there's a selection of six- and 12-string acoustic guitars, banjo, and great-sounding mandolin samples, and while the performances contain both strummed and picked patterns, the multisamples are limited to a selection of chords. It would have been nice if less common plucked (or hammered) stringed instruments, such as the cittern or dulcimer, had also been included. Perhaps in a second volume!

Even if you're reluctant to use the pitched-instrument loops provided, the percussive loops, particularly the bodhran examples, are indispensable.

Although you get a great selection of individual one-shot samples for your own programming pleasure, getting an authentic bodhran feel requires skill, so the loops provide a great way of working a bit of bodhran into your music. You also get many different types of snare drum, a bass drum, and even a set of ankle bells!

All the material is dry and unprocessed, and the instruments are well recorded, aside from a few performance-related noises, especially on some of the bagpipe samples. Although such artifacts are inevitable and not always that noticeable, holding down a single looped note with such a bump can be a little frustrating. Also, while most of the performances are very usable, occasionally there are moments when you wonder if the timing and loops are as tight as they could be, and whether that odd-sounding note is meant to be there, but these occasions are few and far between.

Considering the price, Zero-G's Celtic lives up to its promise of providing composers with a true Celtic flavour for their productions. Although the claim that a sample collection would be ideal for film composers is often a bland catch-all, this set really could prove extremely valuable to any media composer. But with Celtic influences creeping into all areas of music, and with groups like the Afro Celt Sound System becoming ever more popular, I'm sure this set could prove interesting to a wider range of musicians. 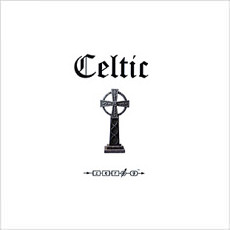