Bottom line: There are enough creative and inspiring loops on this library to make me want to own a copy.

Drummer Chris Whitten rocked the world on stadium tours with Paul McCartney and Dire Straits, and on hit records with Julian Cope, the Waterboys, Edie Brickell, and others. Now he has teamed with award winning producer/engineer Peter Henderson for Monster Beats - a multi-format collection of drum loops. And not just short two or four-bar clips, but long, evolving performances. The two CD set includes an audio CD plus a CD-ROM, the latter containing Acidized WAV files of the audio loops plus isolated hits, fills, and "top ends" (loops minus the kick).

So how good is the material? Let there be no doubt that Whitten can lay it down with energy, attitude, and taste. Listen to his solid, funky work on "Clock Up," "Lopsy," "RHCP," and "Pat," or the intricate hi-hat sticking on "Funky 16." And don't miss his burning swing cut, "Fusion," either. All of the loops are long (16-plus bars in most cases). They often start dry and evolve into processed variations. Sounds like Whitten and Henderson went ape with effects and plug-ins on many of the tracks.

What doesn't thrill me about this collection are some of the simple, stock rock patterns, such as "Raz," and "Loco." These seem out of place on a collection of creatively played and processed loops. A few of the loops are a bit sloppy for my taste too. Listen to the snare latency when effects are added halfway into track 41, for example. To be fair, even the weakest of beats contain nuggets worth mining. The fill at the end of the "Loco" track, for example.

"I like this library," says tech editor John Krogh. "The loops are good sources for creating my own big-beat type tracks. But as it is Monster Beats isn't what I'd call a 'killer out of the box.' To get the most out of it, I'd need to blow the files into my computer for editing first."

Monster Beats gets hearty kudos for the length of its loops as well as the variety of effects used throughout. The CD-ROM with bonus material is a big plus too. 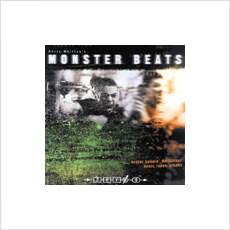