英国サウンド・オン・サウンド誌FIVE STARアワード受賞
Sound On Sound誌（UK)レビュー内容（英語）
Love it or hate it, hip-hop is big business. From the chainsaw-wielding stadium antics of Mr Mathers to the re-emergence of a healthy home-grown scene, hip-hop has staked its claim within modern music, both popular and underground. With this in mind, Zero G have returned to the city that started it all and, with producer Vinnie Zummo, have put together a three-CD (two audio, one WAV) collection of hip-hop flavours.

CD one kicks off with a whopping 96 construction kits, ranging in tempo from a lazy 60bpm to a banging 159bpm. As usual, a brief blast of the full groove is followed by its component elements: drum loop, bassline, synth line, and so on. In stylistic terms, these kits lean heavily towards the more commercial end of the hip-hop spectrum, with Timberland-influenced beats and more than a passing nod to Dr Dre's slick production style.

The samples themselves are well produced, with some nice, tight playing. A few of the beats sound a little lacklustre, and some instruments (notably synths) are rather noisy, but not enough to make them unusable. Of course, with this many kits, a few are bound to miss the mark ('80s pop, anyone?), but on the whole the grooves are put together nicely and are very authentic. With this many kits to choose from, even the most picky producer is guaranteed to find something of use.

And so on to CD two, which is where this collection really starts to shine. Dumping the construction-kit format in favour of individual hits and riffs, the CD starts off with 19 tracks of drum loops. Separated into groups, including machine beats, lo-fi, and brushed kit, these beats are once again well programmed and played ・in particular, the five tracks of acoustic loops stand out, with a fantastically raw quality.

Next up are synth noise loops and a good selection of human beatbox and scat vocals. These are followed by nine tracks of funky bass licks, including electric, fuzz, and the superb 'Greazy Akoustik'. All the riffs groove nicely and are extremely usable, as are the tracks of keyboard loops (including some Rhodes and Mellotron riffs) that follow. The collection of clavinet loops is very good, cleanly recorded and well played.

Other highlights include assorted guitar riffs and the appropriately named 'Stanky Old Piano' loops that sound like George Clinton jamming in an East End boozer. The CD is then rounded off by track upon track of atmosphere, hits and other assorted bits and bobs.

The only section that really disappoints on this excellent second CD is the short collection of scratching, which is, frankly, poor. For a hip-hop sample CD, in these days of inspiring turntablists, to churn up a handful of badly-looped, obvious samples is just plain lazy.

Overall, though, what has impressed me most about this set is the sheer amount of material you get for your money. The masses of well-recorded and, above all, useful licks and riffs contained on the second CD alone would satisfy anyone wanting a source of phat sounds to dip into for inspiration. But add the huge number of good construction kits and a third CD full of pre-cut WAV files, and this collection really stands out as a class product. Shame about the scratching, though! 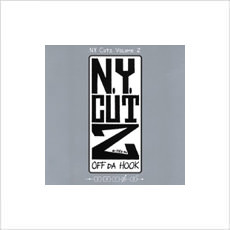