Because jungle beats tend to be extremely busy, usually more than one hit of each voice needs to be alternately employed (eg. Two rimshots, several snares) if feel is to be engendered by the programming. Judicious detuning and pitchbending can also help disguise static samples. Fortunately, the programmers of this CD, Joseph Stock and Mark George, are in tune with the musical style, and understand this. There are plenty of pregnant pauses and 32/48/64th programmed dynamic rolls too, both jungle hallmarks. Many of the longer patterns deserve to be cut into a multitude of smaller fragments, mapped over the keyboard, and then user-sequenced.

On to the straight loops. Here we find around 400 4-bar (1 or 2 bars repeated) loops, in the raw, and ready for your digital scalpel to transform them into something out of the ordinary. Many of these are old favourites speeded up and re-equalised to compensate for the pitch-shift upwards. Others are half tempo, and among the drum loops I found some interesting percussion overlays. If you thought a tempo range range of 155-164 was boring, wait 'til you hear these. Obviously, Joe and Mark are samplists after my own heart, having settled for 160 bpm standard throughout -- though I must admit, I go for 120bpm (having said that, I'm forever applying higher and higher tuning offsets in compositions, so maybe I'll get up to 160 eventually...)

The percussion section features a set of viable single hits including cymbals, tambourines, Latin and electro tones, and other miscellania. No basic drums though, which I found strange! I liked the church bell and steel drum, but wasn't so keen on the bright digital reverb. Just as well it's mixed low.

The digital pads and notes are well-chosen, and generally much more attention grabbing than your music shop brigade. The basses, meanwhile, tend towards the sub variety, while the special effects, although consisting of the usual spaghetti space-cowboy stuff is actually a pretty good selection, including trains and seagulls. The vocal section is short and easily missable, although I did hear some snatches from 'Buffalo Gals' on my way past it.

Conclusion: For some time, I've been wondering how long it would take the sample CD market to catch up with jungle. I felt that the first product to adequately service this expanding sector was sure to clean up. Despite the claims made when it was released, Jungle Warfare isn't the first jungle sampling CD (for example, check out the review of Jungle Joose in SOS August '95), but it is the first full-price, extensively-produced and researched one. Also, Warfare is considerably more up-to-date than its inexpensive competitor. Mono (except for the ' Digital Pads' section) and with excellent fidelity throughout. (source limitations excepting), the loops exhibit balance and punch, with a fair bit of variation in feel and sound, if not in tempo. There's no really serious competition, so it's got to be a rating of five --- though I wish it had come out six months ago. 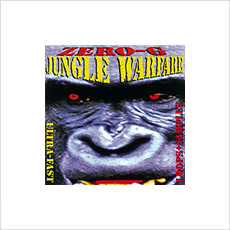