Bang For The Buck: 8

Once upon a time there was a little boy who lived at the edge of a big, dark forest. He was a good little boy, and never did anything that his parents might not approve of. But one day he heard a strange sound coming from the forest. It sounded like drums-but not like any drums he'd ever heard before. These drums were downright disturbing. They made the little boy's teeth tingle. Squirrels began falling out of the forest as they usually did, they attacked one another with savage fury.

Without even stopping to tell his mother where he was going, the little boy dashed off into the forest to find the source of amazing drum sounds. To his surprise, instead if a real drummer he found an enormous CD player spinning a Zero- G Chemical Beats CD. Shortly he became a rock star and had his tongue pierced. The end.

Or maybe it's just the beginning. There are enough dangerous loops on Chemical Beats to keep squirrels falling out of trees for quite a while. Even better, the samples are expertly organized on the CD-ROM, making it easy to pop the disc into the drive and start recording. Great sounds, great formatting- that's the combination that earned Chemical Beats our Key Buy award.

While you could certainly use many of the beats in dance or hip-hop, the focus is on an industrial rock vibe. Tempos range from 64 to 144 bpm, with a slug of loops every 8 bpm in between (64, 72, 80 and so on). In addition to a feast of noisy, distorted, and otherwise mangled kick/snare beats, you can spin matching hi-hat/tambourine patterns, power guitar riffs, whacked out tabla loops, and more. There are even a few multisampled basses, a dozen toxic pads, and some in yer-face stabs- in short, everything you need except lyrics and talent. "I love the submarine noises and zipper kicks in the second loop on track 4 of the audio CD." Greg Rule said. "The overall variety is excellent, too."

When you load a "performance" volume from this CD-ROM, 36 adjacent white keys have different but closely related kick/snare loops that use the same sounds. By cuing a different key on each downbeat, you can change the groove in a lifelike way without disrupting it. Ten different "Timeline" loops (hat or tambourine) are located on the C# and D# keys, and single-hit kick and snare samples are on F#, G# and A#, ready for adding your own love taps to the mix. What's even cooler, the kick and snare in each loop are actually in separate layers. Push up the mod wheel and the snare drum disappears; push up the pitch wheel instead and the kick is muted. Making a hole for your own fill or sound effect has never been easier.

Instead of using this layout, you can load the performance volume and then replace the programs with a matching "sequencing" volume that uses the same samples. This volume separates the kick and snare loops in a different keyboard layout, and also gives single hits for the kick and snare. The whole concept is diagrammed very clearly in the booklet. The booklets gives the impression, however, that toms and hats are included as single-hit samples in the kits. I didn't find any volumes where that was true. Since there are few or no toms in the beats, their absence is not surprising. Often, though, the hi-hats aren't given as single hits either, even though you have hat loops to play with. So the liner notes aren't perfect, but they're very, very good. There are even instructions for the neophyte on how to use this stuff with a sequencer.

Note that the CD-ROM(a two disc set) is formatted for Akai S3000, which is not a format that all "Akai-compatible" samplers can read. Unless you're sure, buy the audio CD. As far as I could tell, the material in the two packages is mostly identical, although nine of the basses are multisampled on the CD-ROM, and only one note is given for each of them in the audio CD. 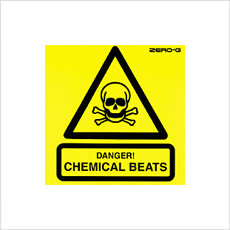