Having played various forms of Middle Eastern music over the years, I am well acquainted with the richness and depth of those powerful and captivation styles. For those who desire authentic Middle Eastern rhythms, whether for world fusion or more traditional uses, Big Fish Audio has two recent productions that warrant a close look.

A number of rhythms appear on both CDs, including Adani (from Adan, capital of Yemen), Ayoub (Persian Gulf), as well as Maksum and Malfouf (both popular Egyptian and Fertile Crescent rhythms). You'll also find examples of Karachi, Falahy (an Egyptian farm rhythm now popular in modern dance music), and Baladi (common across the Middle East) patterns. Rhythms unique to the Roots collection include Katakofi, Bambi, and Sudasi, and those only on Hadeeth include Okruk, Aksad, and Hachah (traditional Iraqi). The spellings of those styles differ on each CD.

Roots focuses completely on hand percussion; Hadeeth adds drum-kit examples to the hand-percussion loops. Both include one-shots of single instruments at the end of each disc. Several instruments appear on both discs, including the tabla (known in the West as the dumbek), the duhollah (a large bassy dumbek), and the tabl (a two-headed drum that is worn around the neck and played with sticks). Hadeeth differs from Roots by adding the contemporary tabla (a plastic-head dumbek), finger cymbals, duff, and tar (a thin-framed drum). Root has its own unique set of instruments, which are the katem (similar to a conga), mazhar (a katem with metal rings around it), merjana, tayaran, and taoyan.

People who are not familiar with music from those regions should be aware that the same instrument can have different names. For example, the Roots instrument listing describes the riq as a Middle Eastern tambourine and mentions that it is also call a daff. However, a daff has a different meaning in some other cultures, in which it refers to a type of frame drum. Moreover, instruments from the Middle East often have similar names. For example, be careful not to confuse a duff (a Persian zarb) with a aforementioned daff.

Before I learned about the recording methods used, I spent considerable time listening to and using both CDs. Hadeeth is decidedly superior in audio quality. The loops have more meat and attack, and single-instrument hits stand out much better when imported into my software sampler (Emagic's EXS24) and used in a piece of music.

I also enlisted Middle Eastern percussion virtuoso Kevin Mummie for his expert feedback. After doing a few A/B comparisons, Mummie agreed that Hadeeth had a punchier sound with more clarity and depth-a quality that Roots lacks.

The differences in audio quality can't be attributed solely to the gear: the discs have lots of varying tempos and some good odd-meter performances. Roots was recorded with Neumann U 87 and U 47 FET mics, through Avalon and Neve pres and an API console, and then to media, including Soundscape, a Fostex D824 , and Tascam 2-inch tape. Editing was done in Pro Tools, Sonic Foundry's Sound Forge, and other digital-audio applications using state-of-the-art plug-ins. Antranik wouldn't share what mics and pres he employed, but everything was recorded to a Studer 2-inch analog tape deck. Mastering and editing were done in Steinberg's Cubase.

The differences are probably more the result of a pure signal path and one's ears. Antranik not only produced his project but also engineered, mixed, edited, and mastered it. Sarkissian was involved in most steps on his project, but five others were involved as well, perhaps creating a "too many cooks' scenario.

Hadeeth also has far more tracks than Roots, weighing in with 40 world-fusion tracks, 10 shorter additional rhythms (no bpm is given for those), 22 traditional tracks, and 11 tracks of one-shots. Roots offers 41 full tracks in a mix of styles and 4 tracks of one-shots.

Mummie says both production provide excellent coverage of styles-as much as anyone would ever need. The discs have lots of varying tempos and some good odd-meter performances.

We particularly like Aksak on Hadeeth, a solid 9/8 rhythm at 120 bpm, and the alluring 11/8 Samaie Thakil. The second falahy loop in the same CD is a joyous 4/4 romp, cooking along at 190. Hewa, from Soughern Arabia, is a loping 6/8 at 120 bpm with the accent on the fifth beat. It instantly took me back to the hundreds of Persian gigs I've played.

Semmayi Darij from Roots is another intriguing odd-meter rhythm in 5/4 at 70 bpm. The Sudasi rhythms are mostly in 6/4 with an irresistible lilt that makes you want to dance. Common rhythms such as Maksoum and Sayidi are also well represented on Roots with six and eight variations, respectively, at differing tempos.

I also compared loops in the same styles from each CD. The common Middle Eastern rhythm Baladi is included in both collections; the Hadeeth duff performance from track 27, Baladi No. 2, and the Roots daholla performance from track 4 are nearly identical. Each has a distinct character and is beautifully performed, yet Hadeeth's strength shines through. You get the feel of skin on the drumhead and audio clarity throughout the example, whereas the Roots loop sounds too midrangey.

Both CDs have essentially the same documentation and structure. A list of the instruments with brief definitions of each is provided. The track number is followed by the name of the style, the length in bars, the tempo and meter, and then the manes of the individual instrument loops within the track. However, I have some concerns about the material and documentation (or lack thereof).

The collections make good resources for learning Middle Eastern and North African rhythmic styles. But the discs are marketed to a large Western user base, and the context is missing; is the loop urban, folk, classical, cabaret, or peasant village? Those who use the CDs need to be aware that almost all of the rhythms accompany a religious ritual or traditional dance. A short clip with other melodic instruments and an explanation would help users understand the context in which the rhythms are normally played.

In lieu of that, how about including a discography? That would let users at least know the artists who have given these musical forms life over the years and seek them out if they are interested. A certain degree of homage to the original masters is warranted.

In the final analysis, both CDs give quality performances in a variety of styles. Hadeeth wins out because of its higher-quality audio; larger quantity of tracks, loops, and single-hit samples; and the addition of drum-kit performances. Roots has performances by more players and is also available in CD-ROM format. CD-ROM is easier to use because the files are ready to import into Akai-compatible software and hardware.

Neither disc goes far enough in documenting its source material. Roots gives a brief reference on some files (for example, denoting that Baladi is "from the countryside"), and Hadeeth distinguishes between the traditional and the modern, but that's as far as it goes.

Whichever disc you choose, you'll get genuine Middle Eastern and North African rhythm performed by skilled musicians experienced in the genres. If your music begs for the real deal, pay the Big Fish site a visit and compare for yourself. 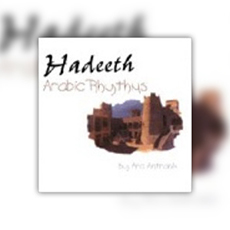