Sound On Sound誌（UK)レビュー内容（英語）
Back in 1994, jungle producer Renegade (aka Ray Keith) released a record called ‘The Terrorist’ and it’s probably fair to say that the jungle and drum and bass scenes haven’t been the same since. While Ray was by no means the first dance-music producer to sample the ‘Amen’ break, it was probably the first record, other than the Winston’s dusty B-side, to get sampled for that infamous drum loop (Marvelous Cain’s ‘Hitman’ is a notable example). Loopmasters’ latest attempt to keep the scene alive and full of samples is the Ray Keith Original Drum and Bass Volume 1 Pack, and it doesn’t disappoint. Crammed with 150 loops (at a very usable tempo of 175bpm) and over 160 one ? shot samples (all of them in 16-bit/44.1khz uncompressed WAV format), there’s enough here to keep you gurning for days. The loops are divided between drums, basses and musical loops, with the drum loops being further split into what Loopmasters call ‘Future Drum Loops’ and ‘Classic Loops’.

The Future set comprises a selection of hard hitting and modern ? sounding four bar drum offerings, while the Classic loops are mostly derived from the funk breaks that helped create the genre (including the aforementioned ‘Amen’). Fortunately, though, these have been quite heavily processed and reinforced with one-shot samples, and so offer far more than just pitched up versions of the originals. The bass loops, meanwhile, sound like they’ve been pulled straight out of the Dread Records top drawer, and feature a pretty comprehensive set of jungle bass lines, from angry buzz-saw stabs to slow-modulated Reese bass lines.

The Musical Loops section is where you’ll find the pads, bleeps and hooks, and if these don’t have you scrolling through your phonebook looking for the party hotline in minutes, there is something wrong with you. Highlights are the reggae-type delayed piano stabs, and there are also some good synth leads and highly usable pads.

Anyway, that grumble aside, the loops here make producing some seriously dark, yet professionally-sounding drum and bass incredibly easy. For me, however, it’s the one-shot samples that make this pack so useful; the single hits and loopable sections of the pads and basslines make writing some original material possible, while the sound effects (which include pretty much every type of dub siren sound imaginable) will no doubt come in handy when your looking for some ear candy with which to pepper your tracks.

Pretty much all of the drum hits included have been well chosen and well produced, which is perfect if, like me, you prefer to programme your beats manually, but don’t want to trawl through a bunch of lacklustre kicks and snares, or have to beef samples up by layering and tuning them. 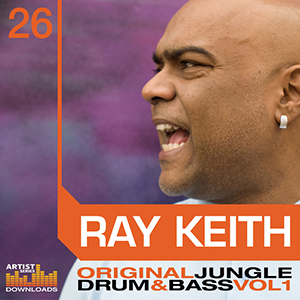