Music Tech誌(UK)レビュー内容（英語）
After a slow start, dubstep based sample packs are now pouring into the MTM office ? and like ever- expanding genre itself, they tend to fall into two camps: either dark and aggressive or sparser and more dub-like. This latest pack from Loopmasters falls more into the latter category and features samples by artists associated with seminal Multiverse Studios.

The artists represented include Ginz, Moving Ninja and Pinch, with each lending a slightly different twist to the genre. This is the pack’s strongest point: by having similar artists you get loops that work well together, but still with a decent degree of variety in the production techniques used.

In addition to the loops there are 82 ready-to-play synth, bass and drum instrument patches. Although these all feature the same tight production, they are spread across several folders in order to mimic the layout of the construction kits.

Overall, there’s not much to really blow you away but the production of each sound and drum hit is super-tight and would work well on the dance floor, with carefully EQ’ed kicks allowing space for your speaker-destroying bass lines. If you are writing this kind of dubstep, this pack comes highly recommended. 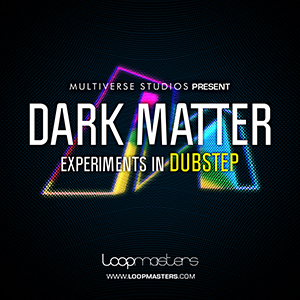