Music Tech誌(UK)レビュー内容（英語）
Once famous for their brand of club-ready British hip hop, The Nextmen have now established themselves as a more eclectic production due, taking in influences from reggae, dancehall and soul alongside heavier dance floor-hardened beats. After ten ears touring the globe with their party-ready DJ sets, they’ve recently been in the studio putting the finishing touches to their fourth studio album and collecting together some killer sounds for this new samples pack from Loopmasters.

As with all Loopmasters packs, the DVD features loops in Wav, Apple Loops, Rex, Live Pack and Reason ReFill formats, plus playable instruments for all of the popular software samplers. This works out at about 460MB of audio material at 24-bit/44.1kHz quality. The bass loops are all quite dry, but have been mixed with tight EQ and compressed for maximum impact on a club system, with quirky grooves that are guaranteed to put a smile on your face. The drums are the highlight, with 65 head-nodders ranging from raspy hip hop shuffles to distorted dancehall bangers at 96,100 and 05BPM. Sadly, the musical loops section is a bit hit-and-miss, but does include some excellent downbeat Rhodes and acoustic guitar riffs. Finally, the scratches folder is very good but, with only 14 samples, a little too sparse.

On the instrument side of things, there are some fat-sounding basses and synths, a small but varied collection of drum sounds, and some superb single-hit FX and vocal shouts.

Overall, this is a good pack for anyone wanting to produce tough hip hop or downtempo dance floor bangers, with the occasional musical gem hidden away in the form of some beautiful, chilled keys. It’s just a shame there aren’t a few more FX, vocal shouts and scratches, as these are some of the best bits of the collection.

Verdict: Heavyweight sounds produced so as to be brilliantly fit for purpose, but a little light in content. 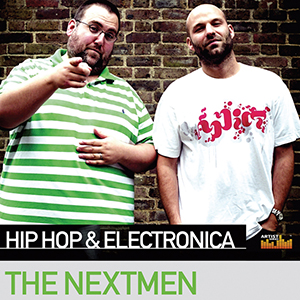