Computer Music誌（UK)レビュー内容（英語）
The world is an ever-smaller place as time goes on. As methods of communication expand and propagate, we've come closer and closer to a truly global society. Inevitably, this means that we're influenced by other cultures and they, in turn, are influenced by us. While some may mourn the loss of the cultural 'purity' involved in such an exchange, it is also what drives the evolution of our respective cultures and has lead to some amazing things. No longer is art, cuisine, literature, or music restricted to the geographic borders that once bound them. Case in point: the dub movement and the subsequent genres it has influenced. Once strictly restricted to the reggae culture of Jamaica, dub's influence has spread around the world to the point that the latest dub hit in the clubs could just as easily have been put together by some suburban kid in the U.K. as it is could in Kingston. The one problem these global dub enthusiasts may have trouble pulling off are the authentic vocal snippets . Let's face it, there is nothing quite so terrible as some white, 16-year old kid from Slough trying to sound like he's Jamaican. That's where the latest release in the excellent Dubdrops series comes in.

Sound System Vocals Volume 1 weighs in at just under half a GB with roughly half the sounds being processed and half of them completely dry for you to apply your own insane dub effects. Additionally, there are about 50 "not fixed tempo" samples in REX format. These are simply more free-styled samples that don't fit a specific tempo that are sliced up in a REX file so you can fit them into your own production in whatever rhythm or tempo you choose. A nice touch. The AIF samples are mapped into ready to go sampler instruments for most of the popular soft sampler formats on the market.

The samples themselves are mostly very short phrases delivered in authentic patoi, ready to be dropped in as a hook or fed through whatever insane network of tape delays and spring reverbs you so choose. Recording quality is great, as is the delivery of the vocals. Processing, when applied is tasteful and super-vibey. If you're looking for full-on toasting or complete vocal lines, this isn't for you. These are aimed at producing classic dub vocal effects, those quick bursts of echoey goodness. If that's what you're after, this is tour library. Indeed, you owe it to yourself to check out the entire Dubdrops series, as they are uniformly excellent. Very well done. 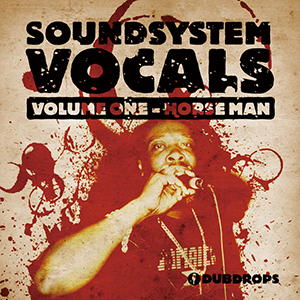