Sound On Sound誌（UK)レビュー内容（英語）
Trance Inducer is part of Zero-G’s SoundSense series (which includes, amongst others, Ambiosis, reviewed in SOS March 2008). Priced towards the budget end of the sample-library market, these libraries contain rather less material than some more expensive products, but they still offer good value for money, and provide an inexpensive means for budding producers to expand their sample collections. Like Ambiosis, Trance Inducer is also available at an even cheaper price if you’re prepared to download it.

Given the title, there are no prizes for guessing the main musical style on offer here: Trance Inducer is very much in the ‘modern dance meets trance’ genre. In the WAV format that I auditioned, nearly 600 samples are provided, spanning some 380MB. All the loops are supplied at 16-bit, 44.1kHz resolution and dance-friendly tempos of between 130 and 140bpm were used for the original recordings. The samples themselves are organised into seven groups: synth arpeggios, bass arpeggios, drum hits, drum loops, FX, synth hits and construction kits.

The synth and bass arpeggio loops contain some nice analogue-sounding material and, while there’s nothing revolutionary in terms of content, I could easily imagine these licks going down well in a club context. The folder of drum hits contains 120-plus individual samples covering hi-hats, claps, kicks, cymbals, snares and toms ? and these could easily be used to construct a basic drum kit in a software sampler if you wanted to roll your own loops to go with those supplied here. There’s plenty of variety offered, and some decent kicks and snares in particular. The contents of the synth hits and FX folders are pretty much as expected ? in total, some 200 bits of sonic punctuation that can be used to decorate a production.

The drum loops are subdivided into kick loops (which are actually full drum-kit loops, but dominated by kick sounds), hi-hat loops, percussion loops (perhaps more accurately thought of as ‘kit minus kick’) and a small number (five!) of snare rolls -? although these are all over 32 beats in length, so there’s plenty of scope to break them into smaller sections, as required. Finally, the seven construction kits each contain about a dozen component loops from which a complete song section could be assembled. The styles and sounds in the construction kits match well with the material in the rest of the library, so adding further variety to develop a full track arrangement is easy enough.

As commented earlier, the content of Trance Inducer doesn’t break any new ground but, like other libraries in the SoundSense series, it offers good value for money and inexpensive route to some decent sample content for the fledgling dance/trance producer. Three stars for originality but five for value for money and common sense… that’ll be a four then. 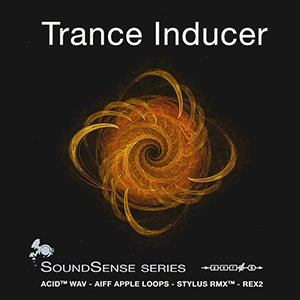