This is another of Zero G's sample libraries based around an Intakt instrument front end ? For information on this software's functionality, have a look back at the East West/Zero G instruments review back in SOS February 2005. As suggested by the title, this particular collection is a percussion and drum library, and the 'in Cuba' tag is a genuine one - all the recording was done in Estudios Abdala, a modern recording studio located near Havana, Cuba, and performed by established Cuban musicians. Indeed, full details of the recording process are provided in a DVD video that is included within the package. This is a really nice bonus and demonstrates the authenticity of the sounds and playing included within the collection. This is complemented further by a detailed HTML-based document which, given the size of the library, is very helpful for the new user trying to find their way around the contents.

The sample content is provided on two DVD-ROMs and occupies approximately 8GB of hard drive space. The samples are dominated by multitracked loops but there are also a large number of individual drum hits supplied for those users who want to build their own loops or augment those provided. The library covers what are considered the dominant rhythm types found in Cuban music: Cha Cha Cha, Danzon, Son Montuno, Bolero, Pilon, Son Traditional, Guajira Son, Guaracha, Mambo, Songo, Timba, Conga Habanera (Carnival), and Conga Moderna. Some of the styles contain additional variations, so they can be played in a 'modern' (often with a drum kit) or 'traditional' (without a drum kit) format. The single hits aside, most of the loops were recorded as an ensemble - to allow all the performing musicians to get into the groove - but with multiple microphones set up. As a result, in addition to pre-mixed stereo versions, the collection includes the outputs from each close mic and a number of 'room' mics that could be used to add ambience or to create a surround-sound configuration. A minimal amount of EQ or compression was used in the recording stage, so users can add their own to taste.

When first starting to explore this library, the sheer number of Intakt patches is quite daunting. However, the contents are organised in a consistent and logical fashion. At the top level, all the material is categorised by rhythm style (Cha Cha Cha, Bolero, and so on), and within each of these categories are between 20 and 50 further subfolders. Each of these contains all the samples and loops for an individual groove arranged as a number of different Intakt patches. The first of these is always based upon a stereo mix, the full stereo loop being generally mapped to C1 using Intakt's Time Machine mode, so that it will sync to the tempo of the host sequencer. Other samples are mapped onto keys above this, and these generally include some combination of the main individual elements of the loop (for example the congas or timbales), the 'room' microphones, or, for those styles where it is appropriate, the 'modern' and 'traditional' alternatives. This arrangement works well, because, as well as giving access to the full loop, it is also possible to break it down and construct variations on it using these key elements. The bulk of the remaining Instruments within these subfolders contain each individual percussion element from the particular groove presented in Intakt's Beat Machine mode, with slices mapped to a series of keys.

In use, the considerable lengths to which Zero G have gone in the recording process really do pay off. While the audio quality is very good, most importantly so are the grooves. I particularly liked those in the Bolero section, which had a lovely slow, lazy (even sexy) feel. In contrast, the more up-tempo Mambo loops had plenty of flair and a much 'hotter' vibe. I also enjoyed the Son Montuno and Congo Habanera grooves, although in truth there was little not to like ? These types of rhythms are just made to dance to, and if this collection doesn't make you want to dance around your studio then, frankly, you should take up stamp-collecting or train-spotting!

On the downside, I would have really liked an additional single Intakt patch for each of the major musical styles, containing all of the stereo loops for that particular style mapped across the keyboard in Time Machine mode. This would be ideal for quick auditioning (much quicker than having to load each loop, in turn, into Intakt) or for occasions when mixing and matching stereo loops is all that is required for the project in hand. In addition, for the Time Machine-based loops I think the majority of users would prefer to see Intakt's Loop and Legato modes engaged by default (it is in just a few cases, but far from all). When this is done loops keeps playing as long as a key continues to be pressed, and any loops triggered play back in sync with each other. The user can change these settings, but it is a bit frustrating to have to do it on every occasion. Both of these issues could easily be addressed by an update to the Intakt patch files, so maybe Zero-G should consider offering this as an update.

These minor niggles aside, there is no doubting either the quality or authenticity of the material itself. Beats Working In Cuba was obviously quite a significant undertaking for its producers and that, and the quantity of sample material, explain the fairly hefty price tag. As a result, and given that the size of the collection owes much to the multitrack format, this is probably less likely to appeal to those producers just looking for a few Hispanic loops to spice up their tracks. However, those specialising in Cuban music styles and who want their samples to be as close to the genuine article as possible will probably find this an essential purchase." 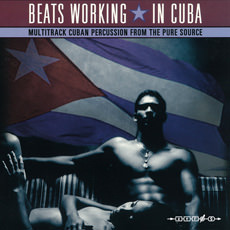