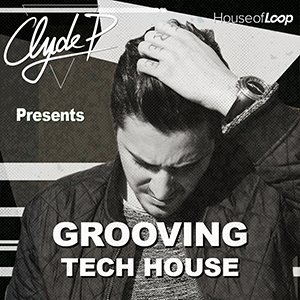 If you know of the genres: Tech house & House in music, then you know that the two go hand-in-hand quite well.

In fact Clyde Stubblefield "The Original Funky Drummer" has beats still sampled in modern hip-hop and rap today, although from sources he claims that he never got the credit! So, yes the two might be more closely-tied than you had thought.

The focus here is on an up-and-coming producer from France called, Clyde P. He cites that he had a "steady diet of funk and hip-hop as a child" he has put out tracks on labels like: Bedrock Records, CUFF, MadTech, Toolroom etc.

What stands out about this artist is that he shines in the studio and live, with a list of live shows under his belt that include:

Arena Club in Berlin, Coachella after party, Exchange in LA, Ministry of Sound, Flash in Washington, Output in New York City, We Are Festival

In terms of releases, Clyde has had EP's like his "Zangief" This one was under the West Coast label, Desert Hearts an EP of his reached TOP 3 Beatport charts and from there he was added to the Desert Festival lineup.

With these proven tech house contents, you too can make music like Clyde P: 20 of the following: iconic hat shots, bumping kick drum beats, percussion shots that transcend time, and stab/chord shots,27 smooth bass shots. 23 pad/background sounds to create the bumping mood, 25 pulsing bass lines at 124 and 25 at 126 BPM, 25 dancing synth loops at 124 and 25 at 126 BPM, 30 efx samples, and 45 timeless drums samples at 125-126BPM subdivided into: full , no kick drum, and percussion only, plus 161 Soft Sampler patches available as Battery, Kontakt, Exs24 NNXT

Be ready to get Grooving with this installement from House of Loop with emphasis on beats like Clyde P!
（From  HOUSE OF LOOP）