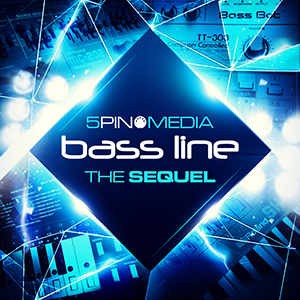 The popularity of various styles comes and goes, however there is one vital ingredient that remains forever unquenched, the thirst for bass. In particular bass of a certain character created by a family of Mono-synths which happen to be from a well-known manufacturer beginning with the letter R.
Drawing on our experience of creating flexible versatile MIDI, we set out to capture the timeless sublime bass sounds of the SH101, MC202, TT303 and a custom modified XoX Box. Armed with sequences optimised for the fantastic four, we programmed them beyond their limits to produce a range of timbres that purr, buzz, bite, howl and scream, but all the while maintaining a contemporary stance for the current Bass House, Garage, Tech House, Deep House, Minimal and Techno scenes. Ambitious we admit, but in our humble opinion well worth the time and effort.
The soul and essence of these machines has been captured across 245 loops @ 122, 123, 124 and 125bpms, 22 Multi-Sample patches and 18 advanced Ableton Instrument Racks with 358 MIDI files at the ready to unleash the fury. WAV, Apple and Rex formats included.
All the loops and sample patches have been categorised and labelled according to instrument type as well as key coded. Furthermore variations ranging from dry unaffected, effected and evolving have been captured by means of on-board sequencing along with real time parameter manipulation. Loops range from 2 to up to 32 bars in length depending on the level of expression captured.
MIDI parts corresponding to the loops have been placed in a sub-folder for convenience and ease of access.
The MIDI files have been categorised under “Classic & Techy”, “Deep & Funky” and “Minimal & Hypnotic” but of course, this is only a rough guide and the resultant outcome is very much dependent on the instruments and patches you choose to partner them with. Many of the files feature both straight and swung versions for greater flexibility. Also included are 22 bonus MIDI grove templates which you can use to apply your own swing to taste.
The majority of the 358 MIDI loops were programmed in 303 step sequencer fashion and then converted to MIDI ensuring the correct note lengths, slides and accents were preserved. The included instruments and patches, will play the MIDI true to the original 303. The note velocities have also been optimised for reliable playing of any other MIDI bass instrument including soft synths such as ABL2 by Audiorealism and Phoscyon by d16 as well as hardware synths such as the Ladyada XoX Box and Cyclone TT303.
Please note that the MIDI from our 5Pin Media "MF - Bass Line" product will work correctly with the "Bass Line - The Sequel" patches as the Low and High Velocity values fall within range. Likewise the MIDI from this pack will play the "MF - Bass Line" patches correctly as intended
As a bonus we have also included 5 Drum Kits comprising 44 Loops.
Please note that most of the drum parts featured in the demo track are NOT included in the pack. They were taken from our MIDI Focus - Modern House Beats pack also available here on Loopmasters.
Once again the flexibility of MIDI combined with exceptional sounds lies at the heart of this library giving you, the producer, the freedom to take your productions in whichever creative direction you choose.
Setting a new standard in MIDI based sampleware - 5Pin Media.
（From  5PIN MEDIA）